Simon and Marco make it to Mexico! 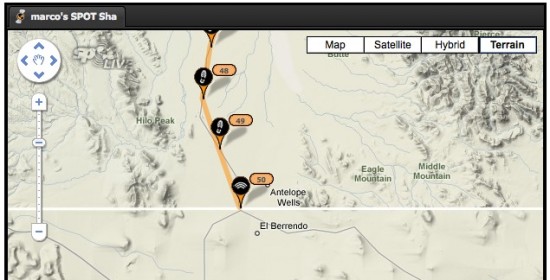 I’ve been following the SPOT on and off for most of the day following Simon and Marco’s progress as they have made their way from Silver City across the desert to Separ, along the dirt track parallel to Highway 10 down to Hachita and then south down the 47 longest miles in the world in the heat to the Mexican border.

At 12.28h (New Mexico Time) 19.28 (GMT) they made it to the Antelope Wells and the Mexican Border. In doing so completing nearly 3000 miles of cycling from Banff, Canada in just over five weeks.